An Acquittal from a false allegation means nothing....the boiling water just gets turned down to low but yet you still cook. (blog 137)

After my Acquittal from being falsely accused, Many of my supporters, family rejoiced . FINALLY ( they said) it is over!. Many that I could hear were like" what's wrong?, aren't you thrilled'? and those that didn't outright say it, I could see the questions to the same in their eyes.

Everyone knows I was bitter about being screwed out of my jury trial, the lack of questions that should have been asked by both counsels that day, including the judge as there were a ton of un answered questions. Just a short list: Why? was she coached?, where was all of my personal and valuable possessions? How could they destroy the evidence they alleged to have before trial? Trust me, the list could go on and I would be repeating myself from previous Blogs.

I moved away from Edmonton after my Acquittal and a whole lot of funny?( shall I say) things started to happen. Obtaining work and a decent place to live have been difficult at best. Skilled in many ways by natural gift or that of an educated trade that I had gained nearly 20 years experience in, still I couldn't land a decent job. I found this to be very odd as I have never had trouble in this context before trouble began by being accused as a rapist.

Shortly after living with my Daughter and Son in law and my awesome Grand-kids, my wife and I got a place of our own. It was wonderful, therapeutic if you will to be free of being told where to live, jail, house arrest. We had a place of our own and some much needed privacy that we had basically forgone for multiple years. I rather enjoyed the lack of daily visits and harassment of local police from the town I had escaped from. Things weren't perfect, untold amounts of hard work to regain that which we had lost, healing of the mind and souls and of coarse there were the residual effects of court matters that still had to be dealt with that had occurred via that constant police harassment before the acquittal. But all in all, things were looking up.

So in our new place, we rented the basement suite, the owner lived upstairs. The owner being a young female, employed and a party girl but such is the age and there were no real issues. That is until the police came and delivered to her a copy of the subpoena to my next trial. It included all the dirty details of alleged misconduct, violence against police. It wasn't in an envelope and we tried to lie and say "it must be about that accident we seen" she said "no, its for your assaults against police and your wife"( who incidentally testified under oath that I never assaulted her that day or any other day and this concurs with all the police reports,her statements given at the moment, as well as telling the judge "there was zero reason for police to be there that day" despite such statements the judge has decided "she is lying" and convicts the police laid charge against her will) she, the landlord also reiterated that she had a conversation with the officer, yet wouldn't go into detail . Embarrassed we just took the summons and parted ways.

The officer that brought it, never did sign it so how could we complain? there was direct  instructions to deliver to my wife and her alone. Shortly after that, we were basically pushed out of our home. Things to say the least were very tense. We moved on to another home, pleased that we had a backyard for the kids. ( I never have nor will post said summons as it also has the address to my Grand children's home)
Still the job thing irked me,didn't want to think ill will in any way yet it was always in the back of my mind. Recently I was offered two very good and lucrative jobs, having impressed the hell our of my prospective employers. I say 2,because back to back as quickly as I got them things changed and I was either told right out by the one and pushed out by another.
I called and complained to my attorney, she said"there is no way they could know about the false allegations, you were acquitted."
I complained to police, got the run around about "well it could be the drivers license check". Impossible I said, in my life time I have ever only received 1 infraction for speeding and that was nearly 2 decades old". After a few persistent calls to said employers, police I find out something very devastating to myself.
If "renters or employers have clauses, or just do it without your consent, they can do what is called  a VULNERABLE PERSONS criminal record check" Now with that check it comes up that I was an accused rapist paedophile. It will say that I was Acquitted but its enough information for people to form an opinion from a business aspect. Do we want this guy working for us and general public? Do I,or we want this person living here?

Apparently , the answer is no! So I try to reconcile this. What the F did the acquittal mean?, how many years does this go on? I now imagine that after so many years, never even having a vacation. Finally when the legal battles of assault against police are done, I would actually love to go on that Honeymoon with my wife that I have yet to have.Will I be stopped at the customs and told something like "you were charged with sexual assault and we don't want you in our country"?

The years of hardship of a false allegation are horrible, tentacles that reach far and lasting like the worst root, scariest octopus. Am I doomed to be a day laborer at 43? going forward?  I'm certain my wife will enjoy the embarrassment at the customs line as will I. These are the things I am talking about on my blog, the wanton willful destruction of a man and to think there was a confession from said accuser. while others rejoiced on my behalf , they wonder at my bewilderment, disbelief and the self prophetic words "Oh they aren't done yet" They gently berate me, "Oh stop it, it's over, smile!"

There is a certain fundamentally important, yet broken piece of that in which we deem to be justice and the system we built......it's fucking broken and it ruins a mans life! It's full of double talk, backwards language and is in fact more criminal then the alleged criminal they are going after.We "uphold the law in the name of the law while we break the Law"

For those of you that are currently going through this, good luck. Unless laws change this is your end and whereas everyone around you will encourage you to "fight on!, just a little further! You are a strong man!" In the end it is quite possible that given the current state of things, were it simpler to hang yourself? Irrational I know, I hear it all the time and somehow I fight on, yet it is easy for those who aren't walking in the shoes, living the life, or an altered dimension, for them to give advice.
I'll end with this, how ironic is it that YEARS ago I was offered a plead deal of time served if I "plead guilty to common assault" (the equivalent to spitting on someones shoe's or slapping them) that it all would have been done, the consequences I currently face would not exist.......(period)!.

There are undoubtedly persons who think that I should just shut up,move on. Really? that is no more ignorant then deliberately passing by someone injured on a street corner that is is need of first aid. No more ignorant then throwing your baby in the garbage because you don't want it. Either examples fit the description of ignorance for they are an inconvenience to you. Yet if you were the one in need of help, aid you can bet your ass you would be screaming your head off.
I have done my best to tell what they have done, do and will do to yet another unsuspecting person. That person too will be stomped into the ground and devastated, a hundred percent guarantee! that right there is about the most absolutely upfront, no clauses, hidden wording, small print Guarantee you will ever get in life.
I am reminded of an old saying."

Then they came for me,

and by that time no one was left to speak up."

Obviously this can be expanded say "then they came for the men and I didn't speak up because I wasn't a man"
Listen to what I am saying because I refer not to the person or noun but rather the character in the way we carry ourselves. Who will be left to fight for you?

MY Blog is called "Torture" because THIS and all the rest of it was, is and will be slow methodically deliberate TORTURE. My Blogs Name is wheat kings. I deliberately chose it in memory and regard for a man that spent 23 years in jail for a crime he did not commit. Sentenced at just 16,released after being cleared by way of DNA. Yet still lives under a shadow. There was an inquiry after his case to prevent such shit from happening to ANYONE ever again like this. DNA ruled and was , is and will be the accepted rule of proof as it takes the human element out of it, mathematically proof positive, scientifically based. They had my DNA , her DNA results 3 month into this. Yet 4 years forward look where I sit. That is by definition Torture of itself. 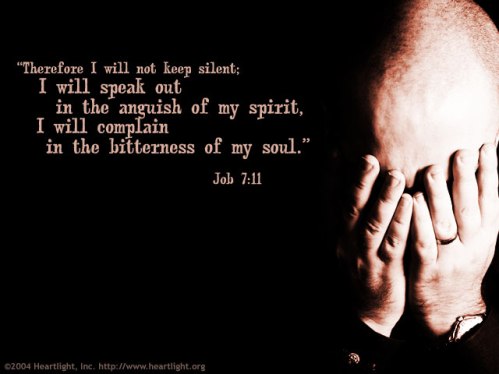