You cannot imagine in how many ways the world is opposite than what you have been taught to believe. (blog 77)

My letter to the justice department and their response. (blog 76)

So I finally did it, I wrote to the minister of justice of Canada seeking some justice for what I went through and what in fact the justice branch of the government allowed to happen to myself as a Canadian citizen. Maybe the letter was too long,  too convoluted for them to get.  Maybe I overwhelmed them, maybe they just don't give a damn. Maybe they believe they do no wrong or simply were never taught to apologize. Either way the following is their response but first let me say, they masterfully skated around the issue at hand and I received what would equate to a "blow it out your hat buddy!' response.
Instead they liked to point out the difficulty that is the justice department and the day to day, moment to moment duty that they are supposed to provide for all of us. In truth it was merely more deflection of their willful abuse of power and how they do no wrong and apparently a simpleton such as myself can not possibly understand the complexity of law and order, crime and punishment. Nor do I (apparently) understand that there is no lengths they themselves won't go to protect those that do their dirty deeds.
whereas both I and the judge do agree that the particular crown that was the one to actually try my case was indeed morally ethical and ended the fiasco after nearly 3 years. I myself wasn't talking about the actions of herself. No, I was referring to the other two crown members James Mahon and G.C Marchant for the crown. Each in fact conducted one half of my preliminary hearing, Dodged the facts and pursued on regardless of the DNA, regardless of all the other false allegations against others by my accuser, regardless of the simple fact that it did not rain that day, regardless of the fact that there was not one single piece of physical evidence against myself, regardless of the fact that this accusers story had changed so dramatically several times. REGARDLESS, very interesting word and as how it would apply in my situation.....REGARDLESS of my innocence. Complete disregard for my life, rights, property....regardless. In the end these two men mixed with a handful of willing participants managed to allow my troubled step kid to take all that I own and that which was simply not good enough for her, she could dispose of.
These two men pushed this to a trial and right up until the end forced it down everyones throats, when the moment arises and they knew they wouldn't win.DNA was key and i took the human element out of what is truth, what people claim. If someone raped you ten minutes prior, do you not think a massive amount of various DNA would be left behind?, how about NONE? doesn't that say something as well. They simply turned it over to a crown member that is a traveling crown(funny how they talk openly to everyone during break, caring not who is in the room) To deal with it and i wonder how many more she has had to deal with. "I just flew in a day ago and this was on my desk, it was kinda pushed on me"
I certainly hope this young woman becomes a judge some day and straightens out what the old crotchety bastards have done to pervert our legal system.
THEIR RESPONSE. 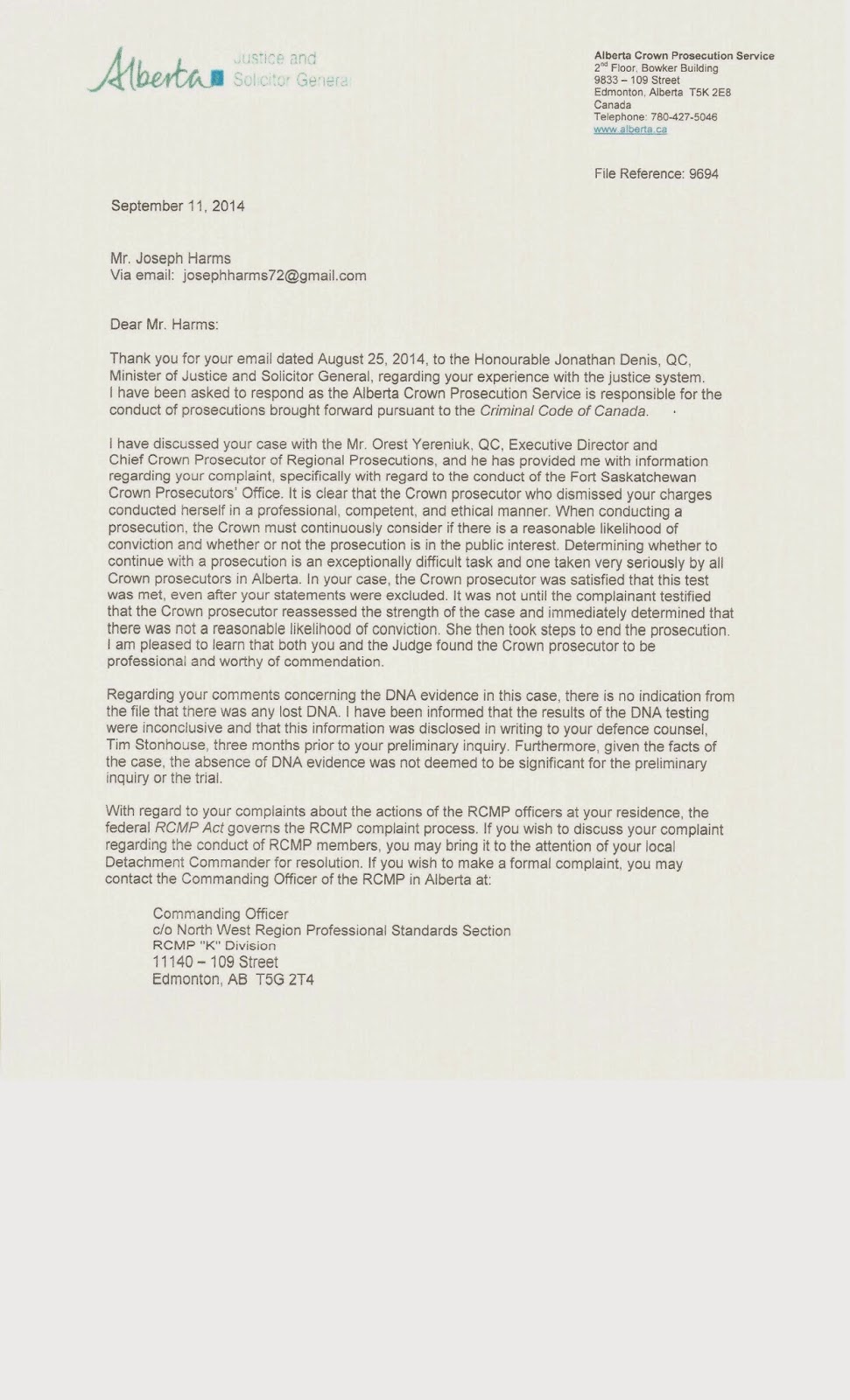 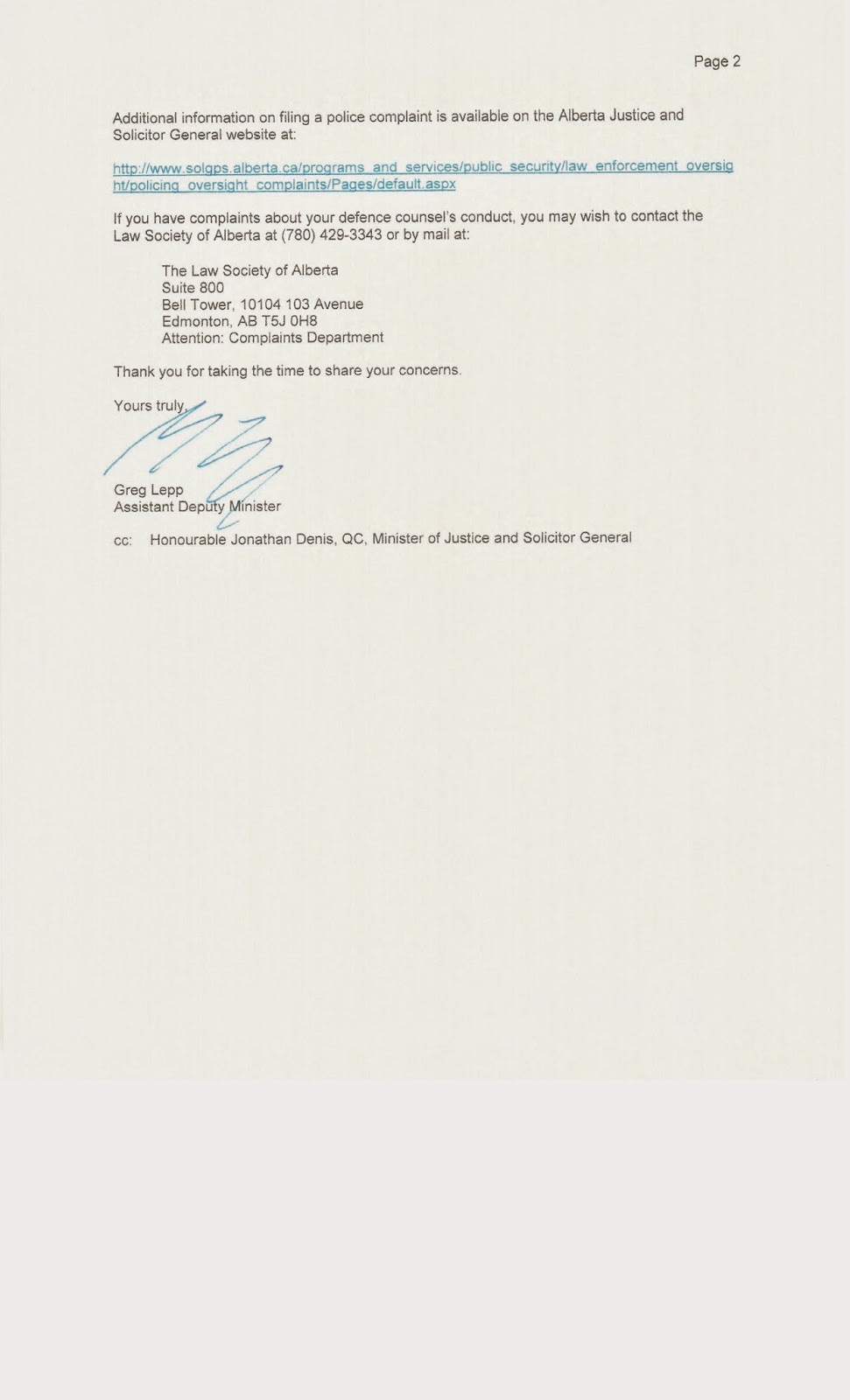 Hello, its me TORTURED again. As you can probably guess, there is more. You know I write out these things and supply evidence hoping beyond hope that someone, anyone would come to my aid. It's not going to happen I fear, and although i have received nearly 21'000 views and another near 80'000 views on goggle plus and it says that I have 187 followers, it would appear that no one can even make a comment, a question, condolence, offer any advice or a hand up. I feel as though I'm merely people's entertainment while I struggle through the worst thing that has ever happened to myself and in fact most men could barely weather.
How can this be? I don't know. How can everyone remain silent, I don't know. As a person I've always spoken out about injustice, stood up for the little guy, lady or kid being harmed. I did so even when it wasn't popular, or smart to get involved. I've lived by a certain code of morals, beliefs and most I learnt as a farm boy. I've never stood by while others were bullied, treated unfair and always stepped up to the plate like a man, like I was taught to be. For the first time in my life I need some encouragement, some defence, someone to at least acknowledge the shit that is going on. In the end, I know I'm just reaching and my hand will never be grasped back.

So the latest. I came home to find out that my spouse was given summons papers to testify against me in court for assaulting her with a weapon causing bodily harm and another 11 counts of assaulting police (please read 'seal team six against tortured') when they did their bogus 'no knock entry without warrant and armed with a SWAT team because of an alleged 'noise complaint', this before my trial I faced at the time for being falsely accused of sexual assault. The outcome of that trial was an acquittal after a partial confession, admission to perjury that day in front of the jury and in previous court dates about the issue and the judge ruled all 4 police officers to be "not credible", and the RCMP admit to "destroying all the evidence"( for further detail, please give a shit and read , DNA reports, Weather reports, Medical file, Transcripts, etc.

Back to today, you see even though the summons was supposed to be delivered "in person to Kyla" ( incidentally is now my wife) They went to my address, not the one listed for her on the summons. They delivered it to my landlord, and she openly read it all, signed for it and the delivering officer failed to sign his name that he delivered it. So yeah, no small mistake, once again wrong address? I think not. But what I do know now is that my landlord only knows that I am charged with a 11 assaults against police, one against my spouse. Enclosed is a copy of her statement and the charter rights violations the police did against me that day.
Please, at this late hour in just before another bogus trial ( to discredit me from suing) I need to hear from you people, the people who read this blog. a word of encouragement, advise, an offer of help. I'm sticking my neck out, I'm fighting to bring to light that which they hide behind. If you just wanna tell me off, go ahead but let me know I'm reaching people.
The narrative of all this is long and arduous,seems a bit ridiculous and I'm sure many of you thought 'is this guy off his rocker?' well no I'm not and throughout this ordeal I've seen a shrink, read the reports, he says I'm not either. I know but its worth the read, worth to know and worth to stand up and say WTF? Ask questions, What the f is happening in our country. 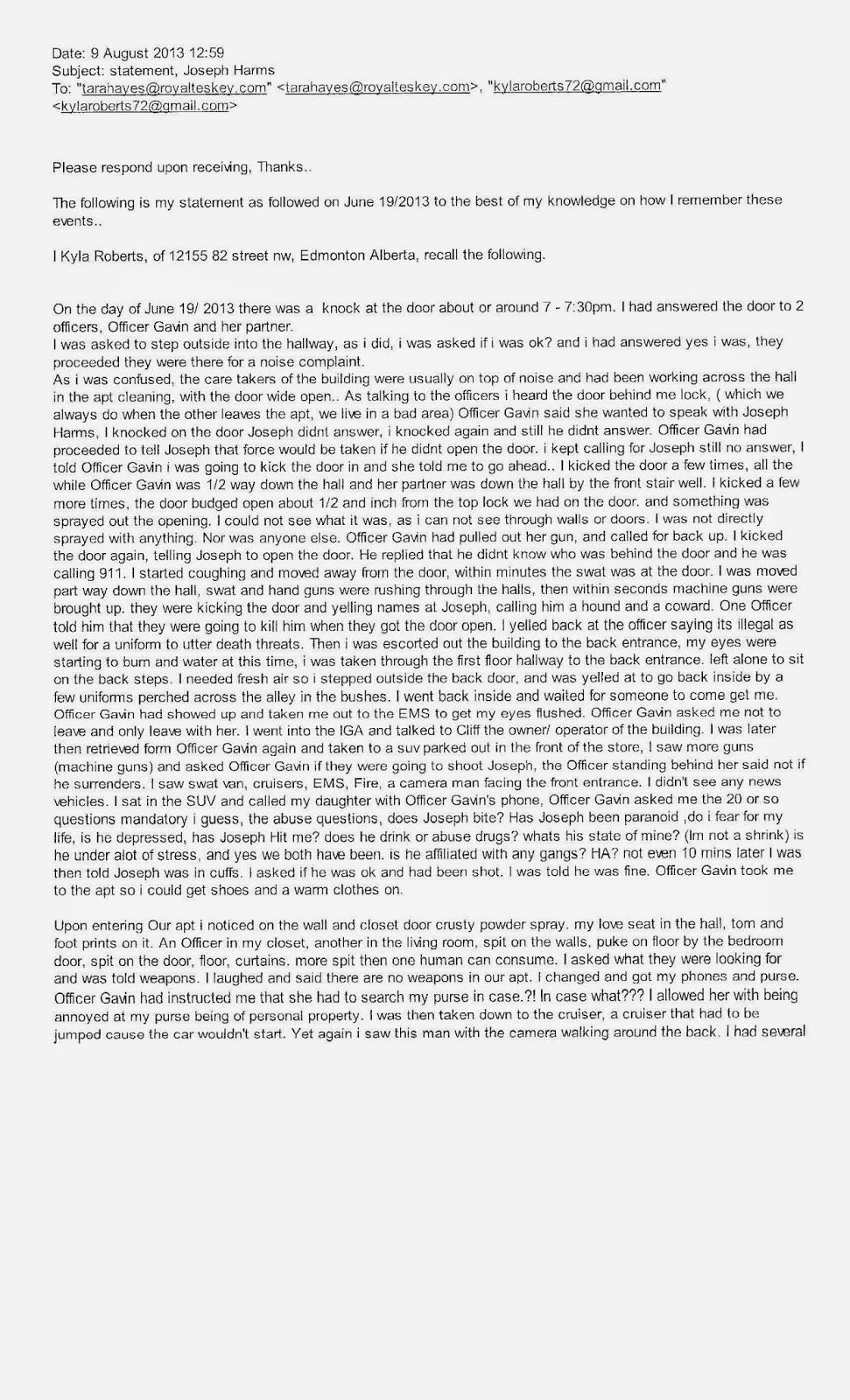 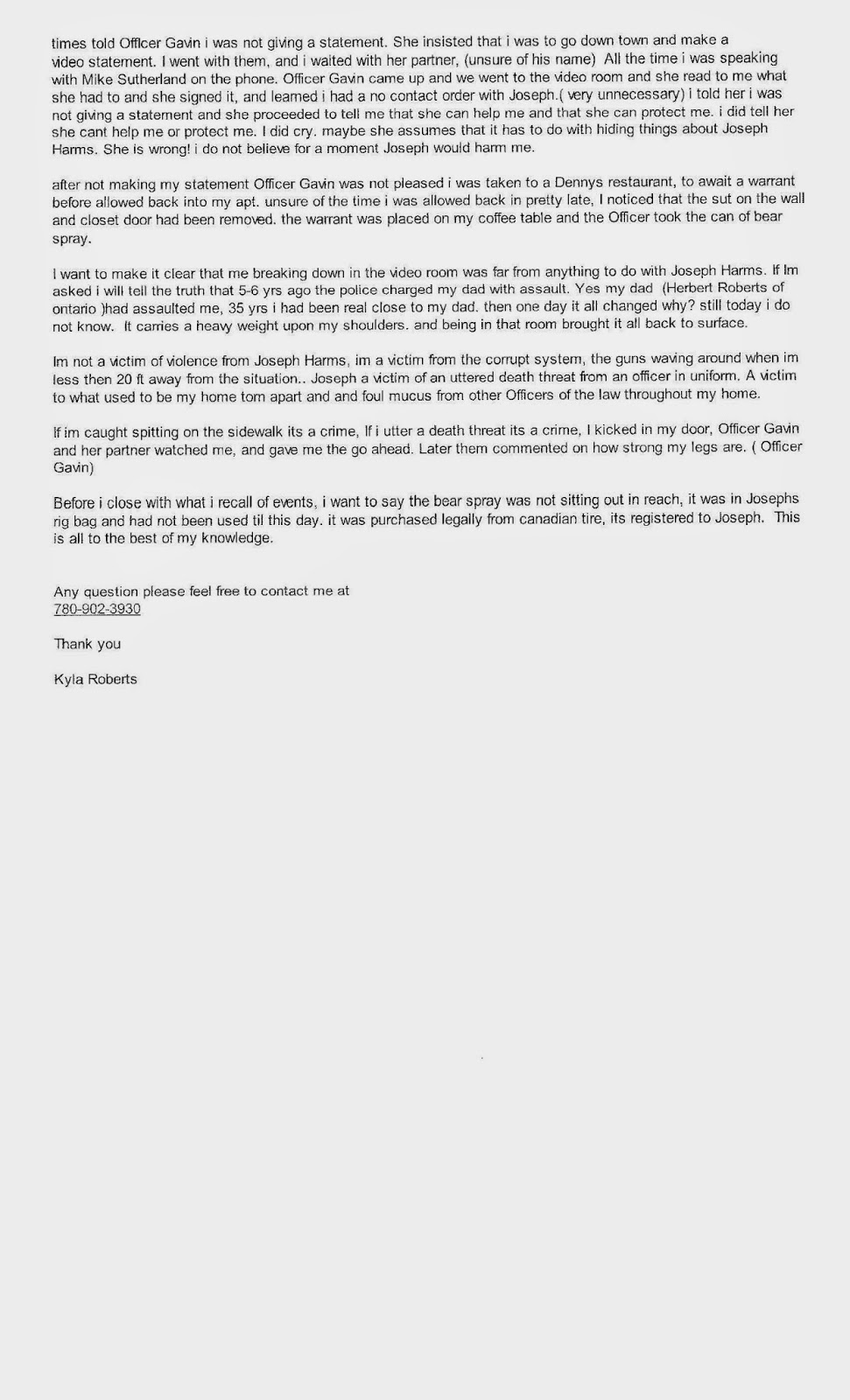 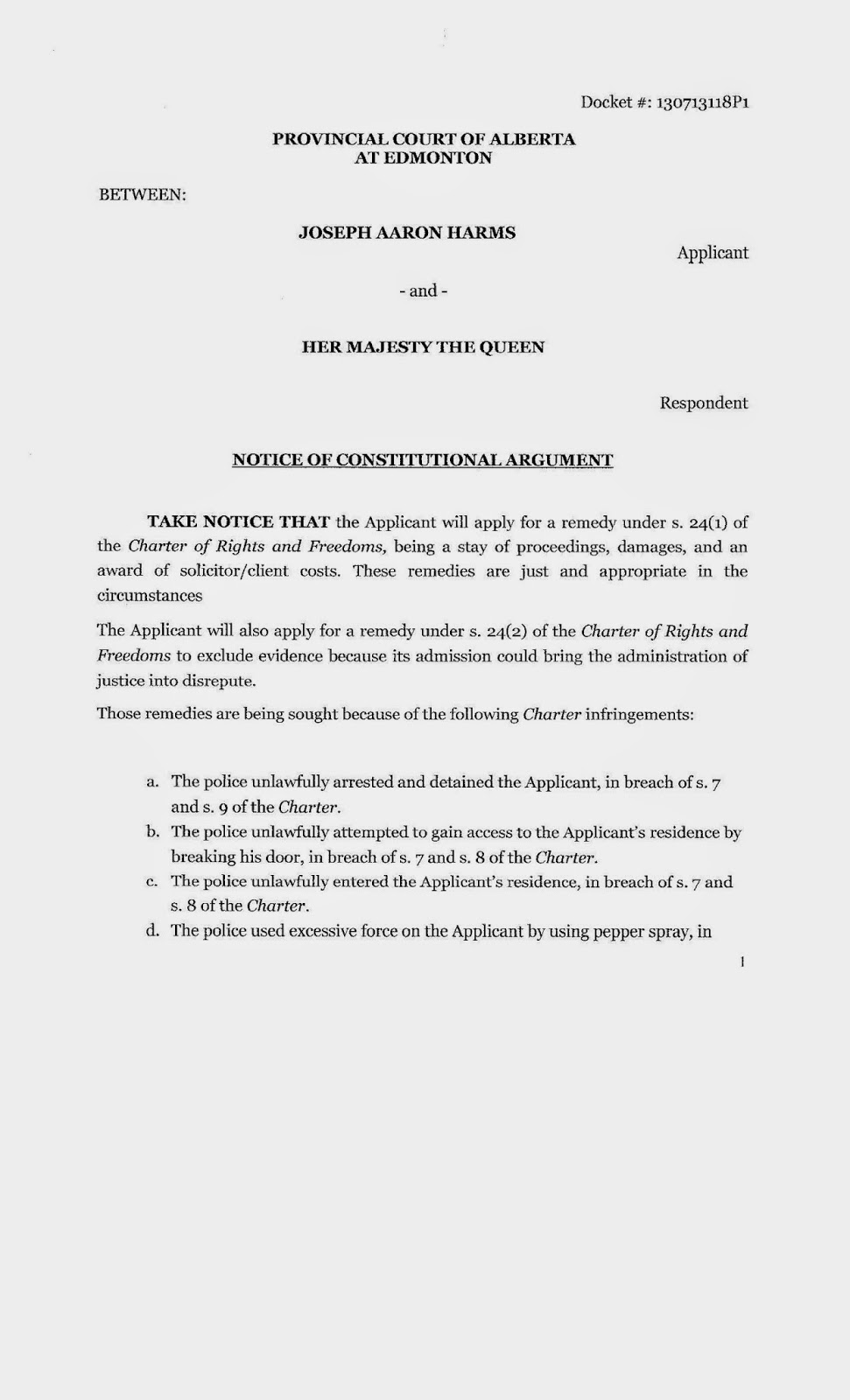 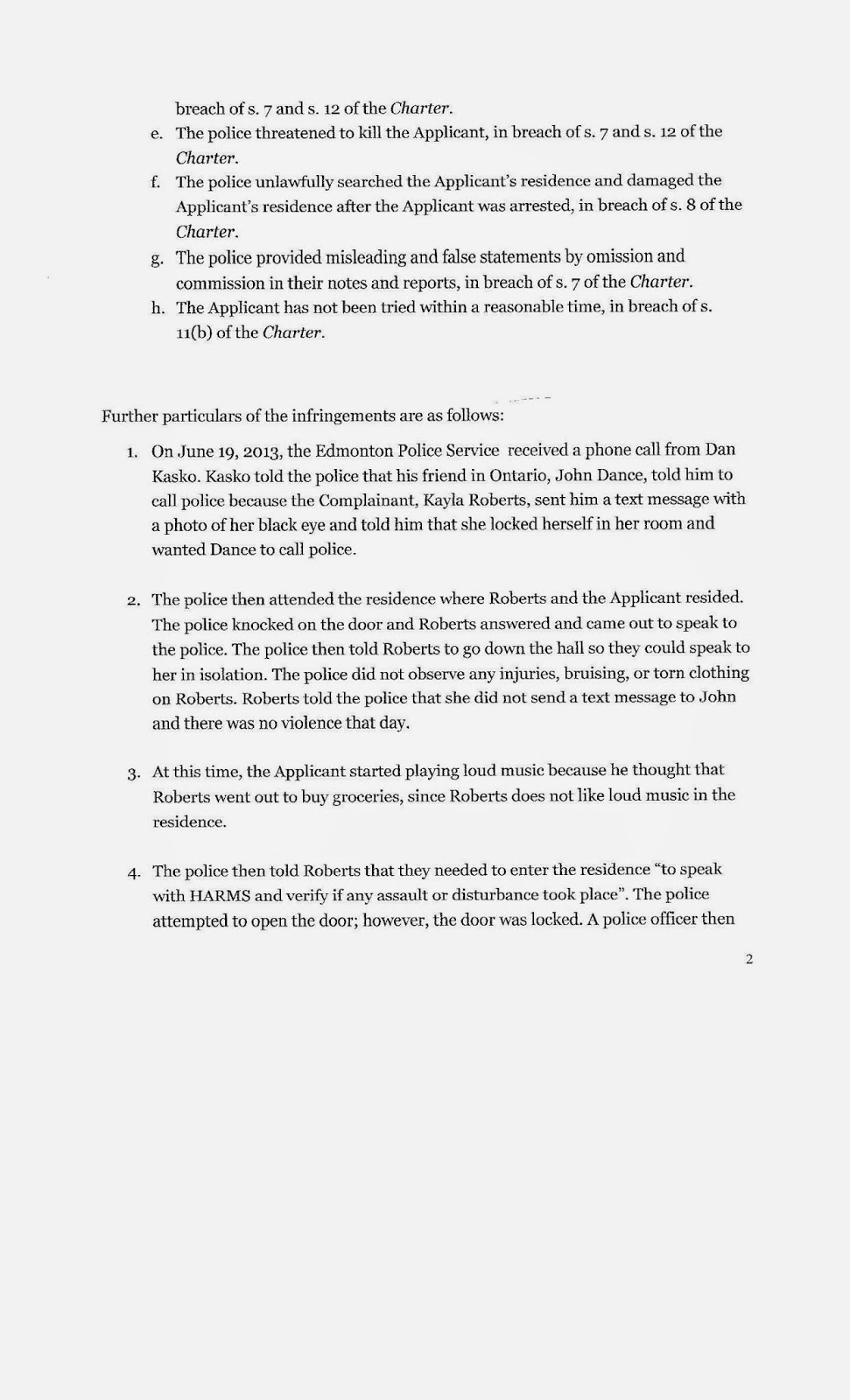 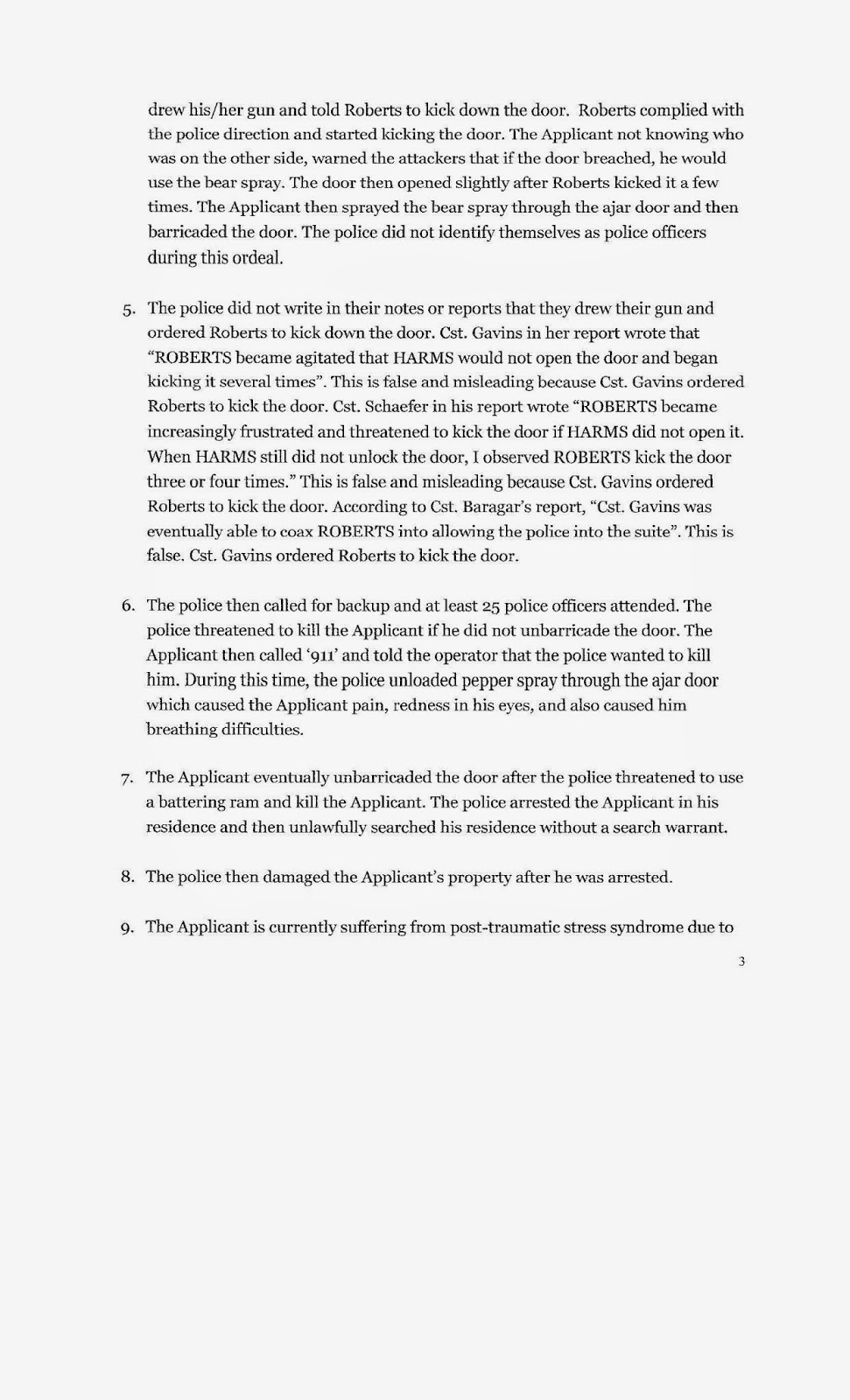 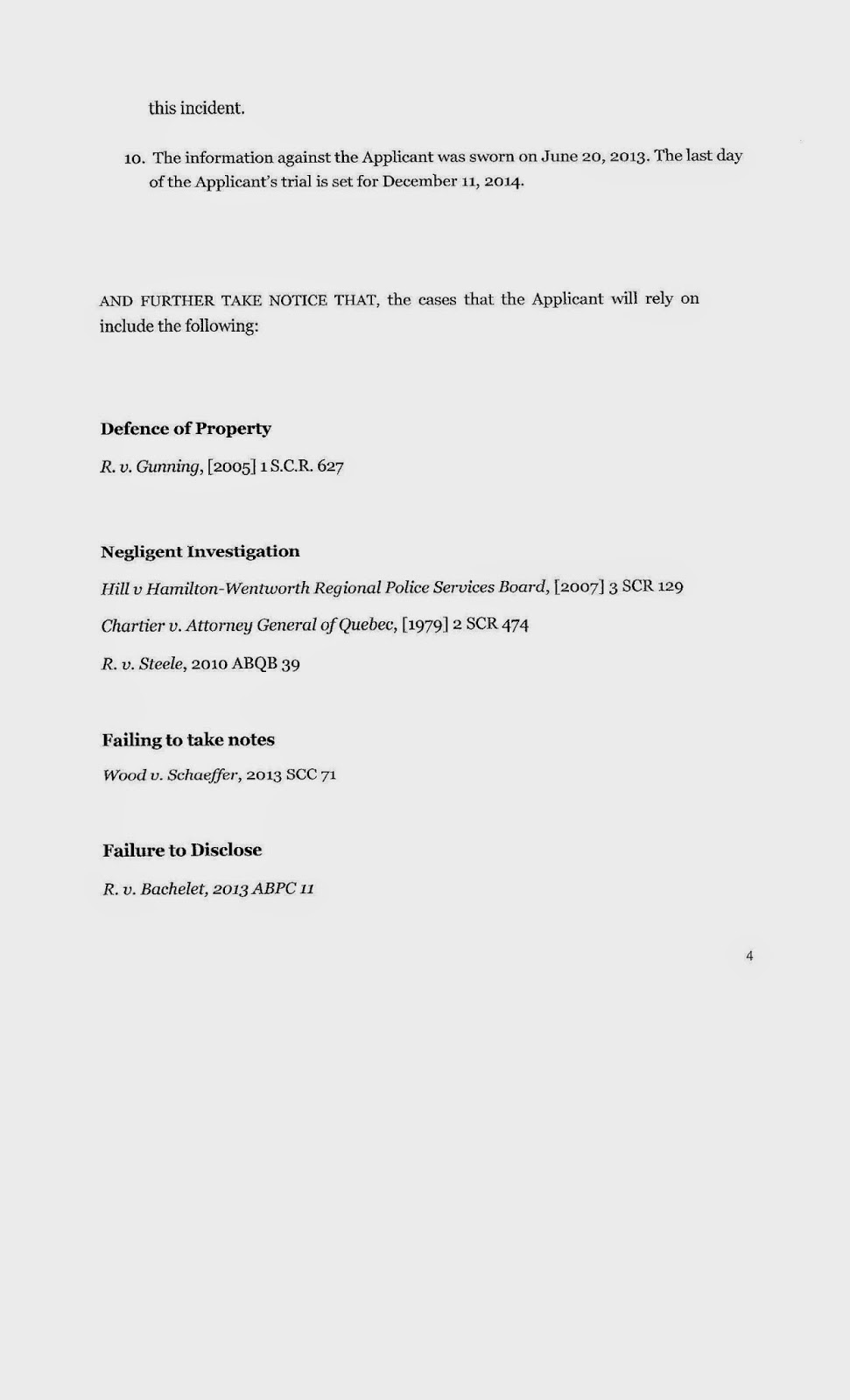 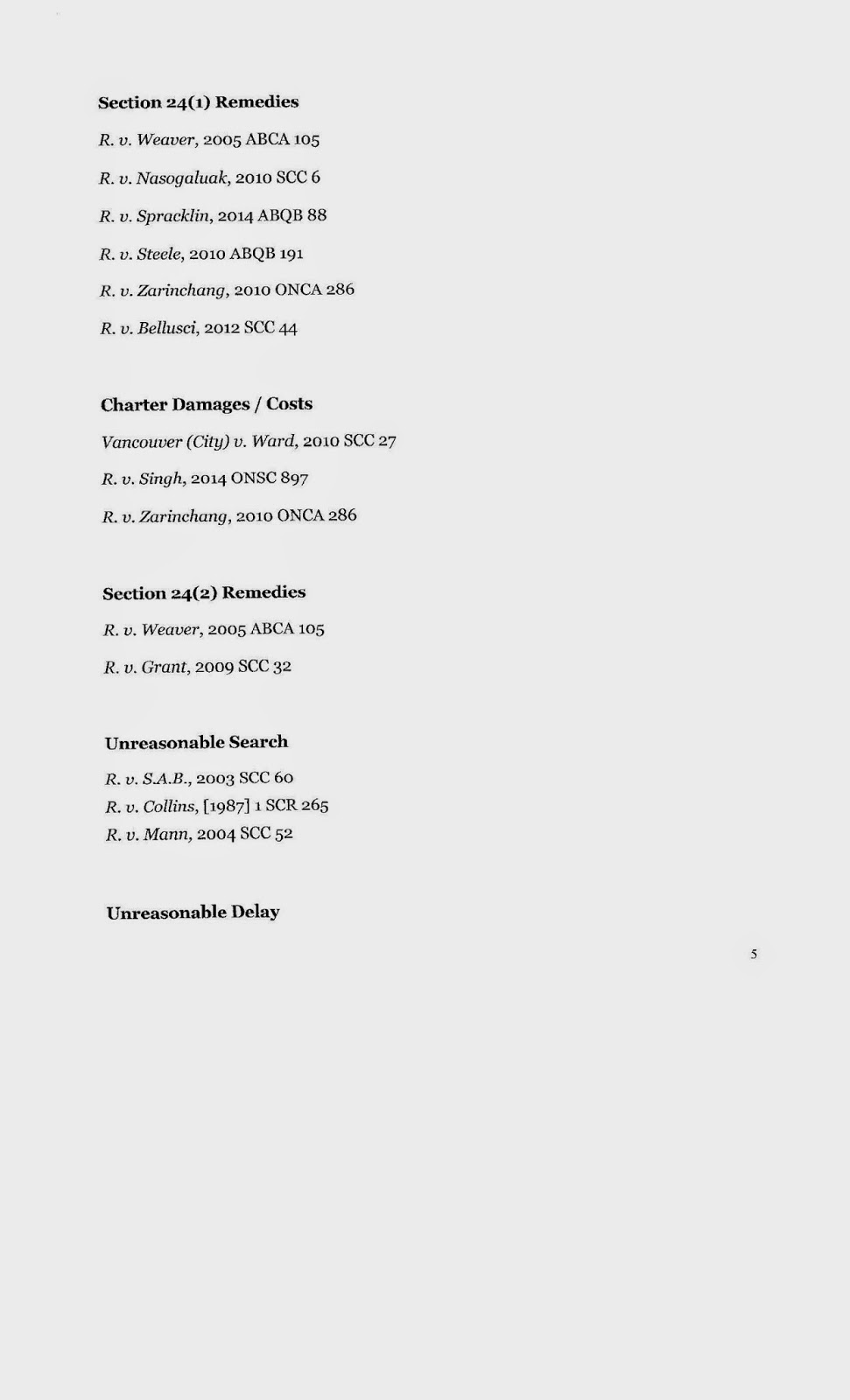 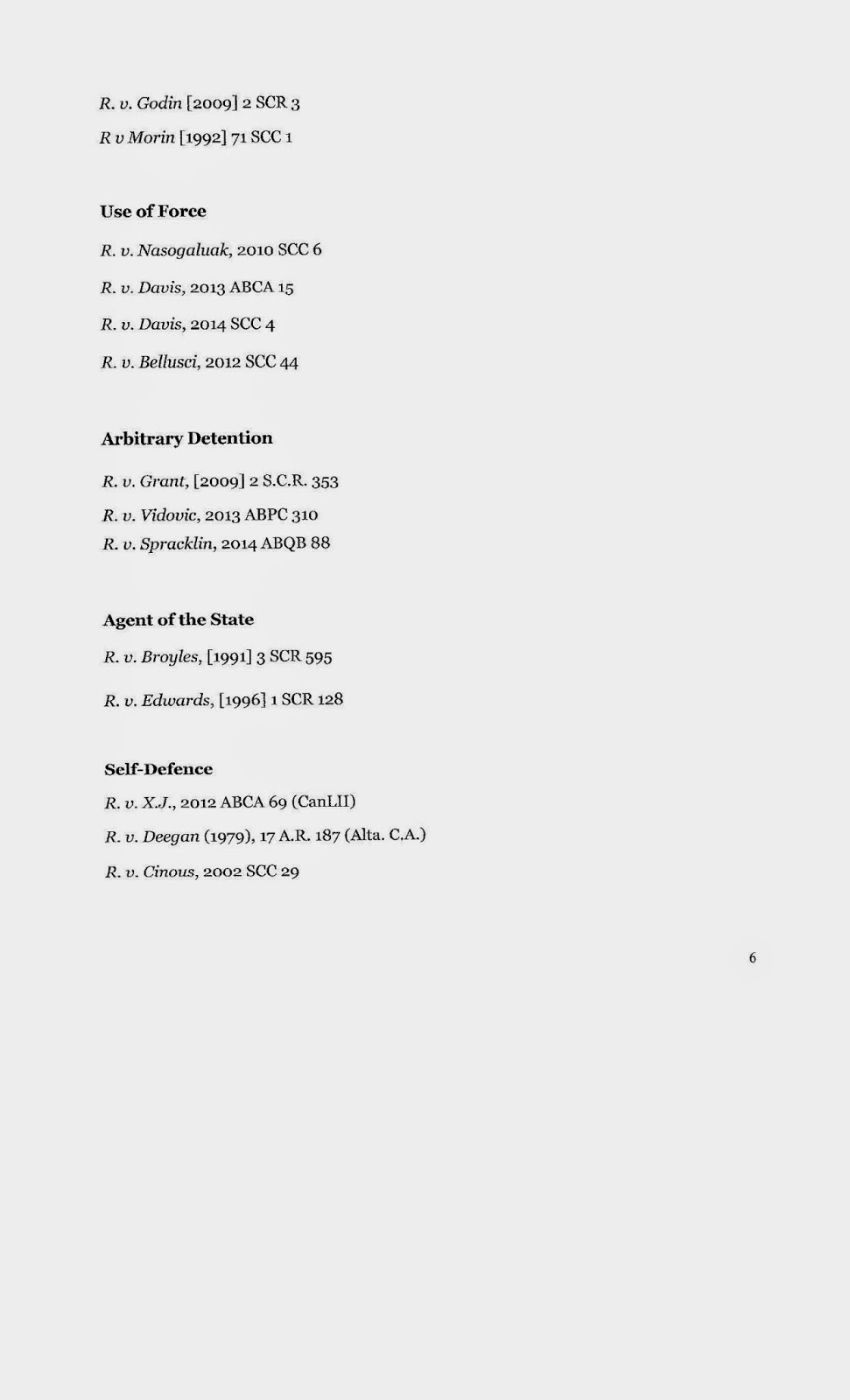 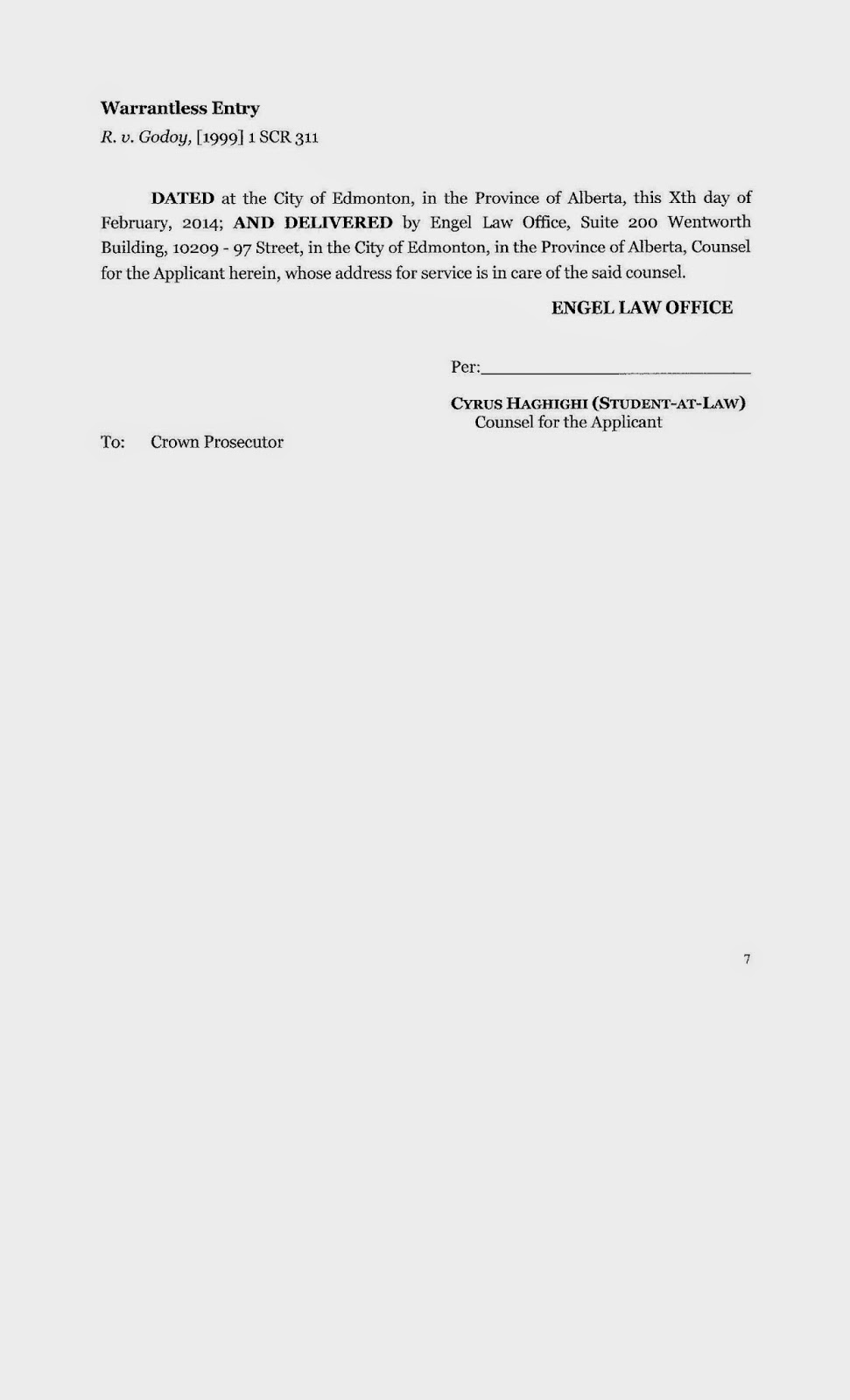 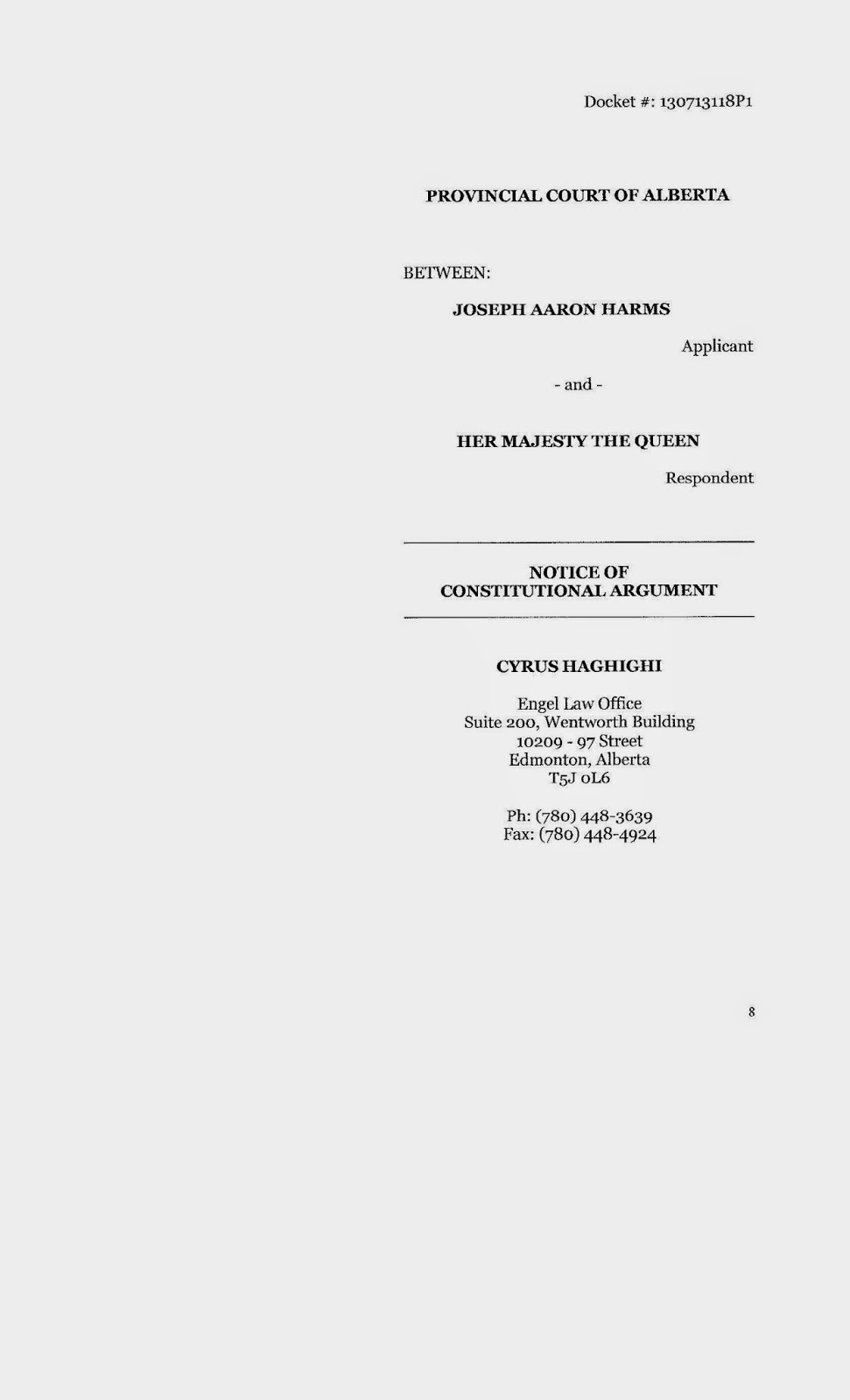 I wont enclose the summons because it has Kyla's kids adress on it, where Kyla was living until recent, yet is still there everyday watching over her grandbabies and they could have quietly, personally delivered it to her, instead of to my landlord, possibly very well causing myself an eviction.
UNDOUBTEDLY MORE TO COME
TORTURED BY CANADIAN GOVERNMENT