So it has been nearly a week now since it all came to an end. I am more than a bit confused about a lot of things. The initial unbreakable grin has worn off and I find myself in a state of numbness. Between my wife and I, it would seem as if all we do is sleep. I'm tired right now and I just woke up. 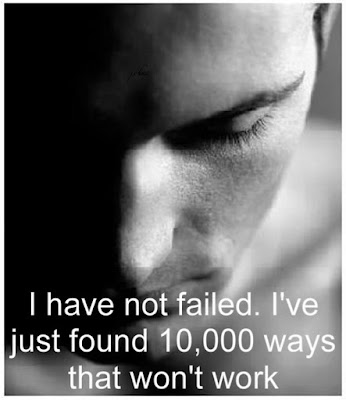 My curfew that I was under doesn't exist anymore yet we really haven't tested it out. You would think that after 5 years we would be out everywhere. Last night I suggested we go to Tim hortons for coffee at 1 a.m, cops were in the area investigating someone's misdeed but since they parked in front of my house I was full of panic. Thought maybe they were there to do a curfew check and here I was on the way out, maybe they hadn't heard that things have changed for me?
I forced myself to go, all the while pondering it, looking at the time on my watch. We grabbed a coffee and headed straight home, my wife asking why I'm driving fast on the way home...didn't know why. Why were those cops parked in front of my house is all I said and thought.

I once heard a story and it went like this: A boy caught a frog and put it in the jar. Of course the frog didn't want to be held captive and kept jumping out. So the boy who didn't want to let the frog go free put a lid on the jar. The frog attempted to jump free a few times, each time hitting its head. It stopped jumping and gave in to its fate as a captive. Soon the boy could remove the lid and to his amazement the frog never attempted to leave again, I imagine the frog was just grateful for fresh air.
Am I like that frog? Just grateful for the fresh air, yet still willing to be captive?
In some ways I can liken myself to the frog, I don't want to go anywhere and there is an undesernable fear outside of working in relation to freedom, liberty, choice, adventure. Like the frog have I given up trying to leap? to break free?

There is more yet. My wife who married me and stood by me through a good portion of this in time. She and I have never had a honeymoon. She practically has lived as I've had to under law, yet accused of nothing. I never forced her in any way, in fact I would encourage her to adventure and even offer to pay. Not because I didn't want her around but because I didn't want her to be caged as well. Well other then once in 5 years she has gone no where, she explains that she felt it unfair to me.
We have struggled so much, inching by financially each month, shackled. Have we forgotten what it's like to be free?

There is more. I am so used to fighting so hard for myself that now there is no fight and I find myself at odds with what to do with myself. When I could through all of this I would work obscene hours, intoxicated in the calming effect. Daily I would also spend hours , at least 6 hours per day working on my case. Blogging, responding, going through paperwork, "better post this", case law , evidence....screaming out to anyone and everyone that just might listen. Writing the government, ministers, searching the internet. Saving information , hiding it in different locations around the world with supporters, keeping it in paper form ,digital, recording everyone.......Now I look at this computer and I don't know what the fuck I want to do with it, half of me wants to smash it.

My hands are idle, work is sparse due to the recession, my fight is done, afraid to go anywhere yet financially unable to even if I dared....what the fuck do I do? Do I go after those 2 guards that raped me, charge them and fight like hell to prove that is true as well? If anything I would have an existence. Unfortunately that would only worsen this condition of mine, the P.T.S.D and although for a period of time I would have some satisfaction of putting the gloves back on, I know the outcome already. I would prove it as I have everything else yet they would get a slap on the wrist. Further tormenting my already tormented brain.
It has been near five years, suggested by my mental health team that it could be up to and even double the time to heal......fuck me 15 years? They also want to start to scale back my dosage of valium as it is dangerously high, being a highly addictive drug. To put it into perspective for extreme anxiety they suggest 10 to 15 milligrams per day, while I sit for years at 40 per day. So in the back end am I an addict? Not in the conventional sense, prescribed calming to a PTSD fuck who wouldn't give up to them, a fighter that was so distraught he could damn near levitate.

Ativan, diazepam 40 mg's,(valium) and 75 mg's of Trimipramine to sleep at night. Wow, until recently I still would sleep but a few hours at night, plagued by nightmares. Since my last day in court I haven't had the usual nightmares, a fact I find odd and I suggest it won't last. I did have one dream though and it seemed to be a series of dream, separate yet based on the same thing. There was no fear but in each multi dream a couple nights after court I was going over and over mathematical equations to explain to myself what had happened, reading books, re working some type of problem but I cannot define what it was, only knew that it had to do with ' how I got here'. Fuckin weird huh?  lost in translation.At least with the rape dreams from while incarcerated , I know what they are about. This just baffled me and it seemed to go on all bloody night.
Thanks for listening, not sure why this all came out but it would appear that it needed to.