The cross examination of a false accuser, yet they feel it deserved a trial. (blog 126)


https://youtu.be/QhJ6bE4z5vs
Quoting from the Supreme Court of Canada decision in Nelles v. Ontario, the Alberta Court of Appeal, in Radford v Stewart, said:

"There are four elements to the tort of malicious prosecution: the prosecution must have been initiated by the defendant, the proceedings must have been terminated in favour of the plaintiff, there must be an absence of reasonable and probable cause and there must be malice or a primary purpose other than that of carrying the law into effect."

In 1999, the Alberta Court of Queen's Bench, in Chopra, adopted these words in relation to this tort:

"The underlying basis for actions founded on malicious prosecution is the allegation of facts which, if believed, would establish abuse of the judicial process while acting out ofmalice and without reasonable and probable cause and which judicial process did not result in a finding of guilt of the party alleging the abuse."

In Remedies in Tort, the authors state:

"Traditionally, the proceedings must have resulted in economic loss to the plaintiff, involved him in scandal or subjected him to the possibility of imprisonment. As a result, most proceedings involve criminal prosecutions although there is no binding authority that this must be so. The courts have recognized malicious prosecution actions in the area of bankruptcy on the basis that, like criminal prosecutions, injury to the reputation of the plaintiff occurs before the plaintiff is given an opportunity to rebut the allegations against him."

Malicious prosecution claims have succeeded when unfounded and malicious complaints have been made to professional associations, such as in the 2006 decision of PEI's Supreme Court, Griffin v the City of Summerside, and in which the above extract from Remedies in Tortwas relied upon.

In Griffin, the plaintiff made out his malicious prosecution claim and was awarded general damages of $40,000 (plus $33,640 for his costs and disbursements).
Elements of Proof 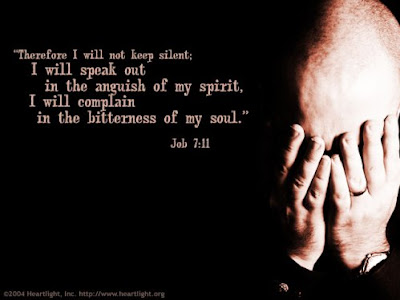 To win a suit for malicious prosecution, the plaintiff must prove four elements: (1) that the original case was terminated in favor of the plaintiff, (2) that the defendant played an active role in the original case, (3) that the defendant did not have probable cause or reasonable grounds to support the original case, and (4) that the defendant initiated or continued the initial case with an improper purpose. Each of these elements presents a challenge to the plaintiff. I meet each of these criteria. By the very fact it is proven is that the same that you are about to read is what happened under examination in chief by yet another new crown representative. Mrs Joyce alone acted responsible and moved for an acquittal. The following are the preliminary trial transcripts, so if they are addressing that which was addressed in trial proper then that leads to the conclusion that the matter was malicious prosecution as the trial should never have occurred  and I be made to remain in suspension for years more.

My wife and I had to drive 4 hours to get to court in a snow storm and yet I had to turn myself into the RCMP by 8:00 am to make sure that I WILL BE THERE FOR COURT!. The terrible list goes on and a new version of her story emerges yet again.
13        Discussion
14

http://wheatkings.blogspot.ca/2015/08/an-acquittal-from-false-allegation.html
I was devastated right through my core and a piece of me died that day. All I could think of was "HOW"?. The court room sheriffs had closed the door. I banged on it to ask them if I had to sign out. Their reply to me was "you have been through enough today, screw procedure and go home safely"
I tried to walk out the front doors. Angel was yelling at the crown " thanks for wasting my fucking time", he was consoling her saying " just keep it up, stick to your story , we have their sympathy and we will win this one" I started to look for my new wife who was my girlfriend at the time when the crown put his hands on my chest and said" oh no you don't you son of a bitch" my lawyer stepped in and said "don't touch my client and tell yours to get the hell out because he is walking out the front door"
If my lawyer had not of stepped in I would have broke that assholes nose, putting his hands on me, saying what he did. Looking back I should have charged him with assault.
We drove home just in time for my curfew. That same week we  (my wife and I) started to get strange text messages, threats, etc, phone calls that I was being followed. Someone threatened to physically harm my wife. I made police complaint but they could give a shit.
One night I went home to my court appointed residence, took so many pills my roommates called an ambulance as I was unconscious. I awoke on December 21 ,2012 in the hospital, tubes and cords all over me. I ripped it all off and demanded my clothing. The nurse said I had" expired" 3 times that night, I still wasn't out of Danger. Fuck it I left anyways but later sought out some counselling for 30 days. It would be another 10 months until my trial. The first day she confessed shortly after lunch. The trial transcripts are posted.
This is how the system works, men are fodder, gender bias rules on the side of a female and they cover any transgression they do if its between a man and woman.
Tortured.
Posted by Joseph harms at 9:17:00 am